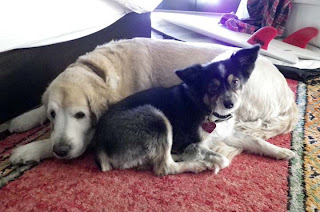 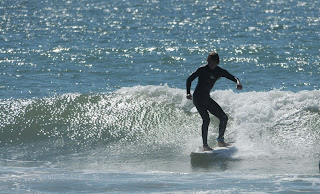 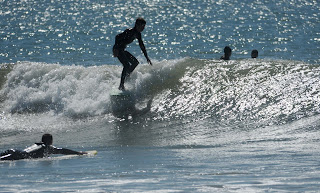 So I'm spending a couple weeks down here in Santa Barbara on some sort of a "working vacation". The main goal is to rustle up a jobby job so I can eventually move back here asap. We're making great progress despite massive headwinds. I've spent a year living dangerously in Dildo Valley, Idaho and now it's time for more stoney noserides. A while back in Sun Valley, I was talking to my buddies parents (who I barely know) and mentioned that I'll be in SB for the first couple weeks of October. They live here and say "hey, maybe you can stay at our house and look after it". I say "hells yes". I'm thinking all along that it beats the crap outta sleeping on friend's couches or in my car. Then they remember to tell me that I'll be watching their 13 year old son, too. Oh, and the dogs. "Sure, why not? The more the merrier" I say. And here I sit...on a saturday night in the big city....after hanging out at the beach surfing with 13 year old boys all day...slothing with the dogs on the couch.... with a gut full of In-N-Out Double Double.

When I arrived in town last week, I met up with the Mrs and she gave me the walk though the estate and rundown of responsibilities. Super cool people who really don't know me except that I'm their older son's surf buddy who he met in a remote dirt town in Mexico and I spent a day shredding last winter with the old man. As we're cruising around the house she laughs and says "I hope you're not some pedophile".
Posted by El Hefe at 8:33 PM