The progress on the camper is tremendous, even though it might not be apparent to anyone but myself. I took a couple days off earlier this week to go surf some mellow Santa Cruz, but I felt like I was letting the camper down. so I rushed home and got right to painting the outside using Marine Topcoat Paint from West Marine. I had already sanded, glassed, bondo'd, and basecoated the fucker a couple weeks past so it was about time. It took longer to set up the compressor and spray gun than it took to actually paint the rig. All in all it came out nice. I'm not winning any Best of Show award, but it's pretty damm good. There was no wind when I started, but the second I fired up the spray gun, the wind started building. There's a few bugs and grit here and there, but kind of expected when painting outdoors. I also scrubbed down the frame wire brush then coated it with Por 15. That shit allegedly bonds with the rust to completely seal the frame...which is nice. Today I painted on a skirt of Gorilla Grip bedliner to the front bottom to act as a rock guard. I also caulked the belly band with some Marine Adhesivo. As soon as that cures, we'll add the aluminum belly band for a touch of elegance. My new Dexter trailing arm axle should be arriving any day now, so today we torqued the frame a bit. My landlord Dave is a Master at everything mechanical or tool related. He had just the right tool and chains to apply the leverage needed. Now the ass end won't sag. I don't have the welding skills, so I'll hire Dave to add some beams for support and add the new axle when it arrives. Until, then, I'm in a holding pattern. Unless I decide to re-install the windows and a new roof vent.

As I sit here in Reno continually re-formulating a Life Strategy, I find myself daydreaming about spending some time this fall cruzing up and down Washington's Hwy 112. I've got that for a little motivation. 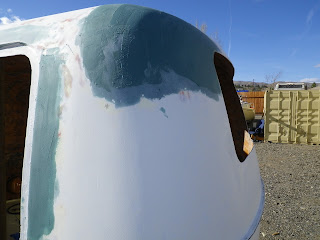 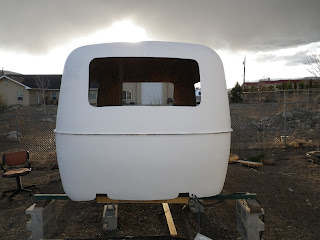 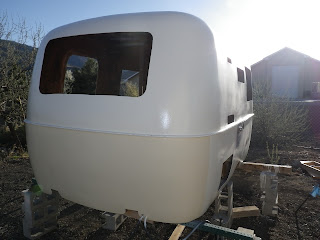 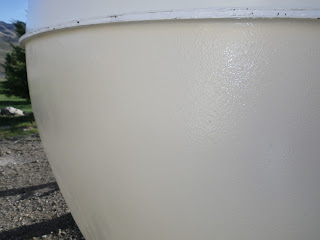 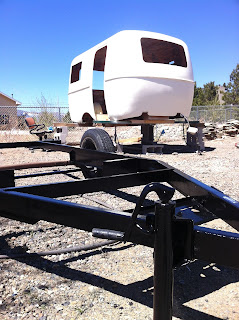 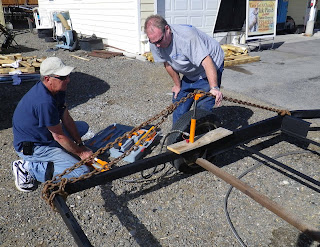 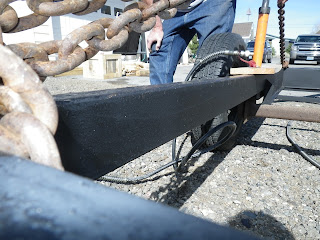