so you're saying there's a chance?

The Brown Recluse may live and reside in the 'guest house' of a posh, 200-acre (0.81 km2) beachfront estate, known as Robin's Nest, in A Secret Location in Santa Barbara County, at the invitation of its owner, Name Withheld, the celebrated-but-never-seen author of several dozen lurid novels. Ostensibly this is quid pro quo for Recluse's services based upon Recluse's claimed expertise in security; the pilot suggests Recluse also did Masters a favor of some kind.

In addition, Robin’s Nest is guarded by two highly-trained Doberman Pinschers, Zeus and Apollo, and all other aspects of the estate are managed by Englishman Jonathan Quayle Higgins III, an ex-British Army Sergeant Major with whom, often as a humorous aside during various episodes of the series, Recluse must barter for use of estate amenities other than the guest house and the Ferrari 308 GTS (e.g., tennis courts, wine cellar, expensive cameras, etc.). During early seasons of The Brown Recluse the voice of Robin Masters, heard only a few times per season, was voiced by Orson Welles.

The Brown Recluse seemingly lives a dream lifestyle: he comes and goes as he pleases, works only when he wants to, has the almost unlimited use of a Ferrari 308 GTS as well as many other of Robin Masters’ luxuries. He keeps a mini-fridge with a seemingly endless supply of fictional Coops beer, wears his father's treasured Rolex GMT Master wristwatch,[2] is seemingly surrounded by countless beautiful women (who are often his clients or victims in the cases he solves) and enjoys adventures with his buddies Rick and T.C., both former Marines he served with in the Vietnam War.[3]


Big Wednesday a couple years ago... 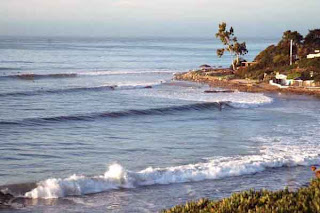