Man, I could use another day added to this weekend, there wasn't much down time. The wedding I attended was really cool. Sitting in a hot fucking church and wearing a jacket, I was sweating more than the groom. The reception was classic. The music was a upgrade from every other reception I've drank at. Sean Kelly of the Samples played some mellow tunes to swill to. And I guess there was a couple Beach Boys in the other band. I don't know who they were, but it definitely wasn't Brian Wilson. I hung out for a while, but kept checking on the surf out front of the Biltmore. Finally, since I didn't want to get all drunk at 3pm and pass out before the sun goes down, I bailed. I waited until a good amount of the old people left and I made a break for it. Good timing, cuz Rincon was FIRING. Way better than I expected. My arms were crampng bad for the last hour, but it was worth it. And I may have found the new Ms Recluse. Let the stalking begin. 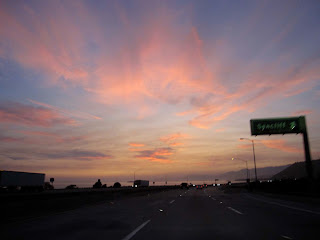 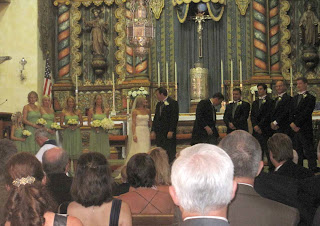 The music included the guy from the Samples and a couple Beach Boys. 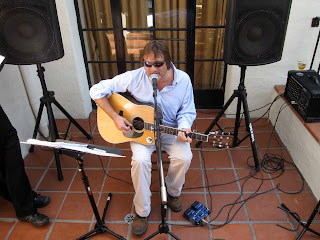